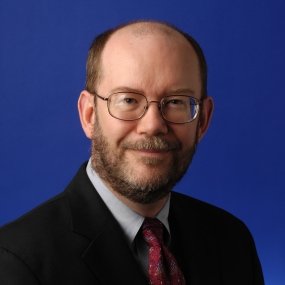 As Corporate Vice President of the eXtreme Computing Group (XCG), Dan Reed is responsible for R&D on the cutting edge of parallel and ultrafast computing. In addition to directing Microsoft's research in these areas, he spearheads collaborations with university and government researchers working in the field, and represents the company in related public policy discussions. He is also responsible for Microsoft's cloud computing research.

XCG was formed in June of 2009 with the goal of developing radical new approaches to ultrascale and high-performance computing hardware and software, an area of research that the U.S. government has identified as critical for the future. The group's research activities include work in computer security, cryptography, operating system design, parallel programming models, cloud software, data center architectures, specialty hardware accelerators and quantum computing.

Reed joined Microsoft in December 2007 as Scalable and Multicore Computing Strategist. In February 2008 he took on the added responsibility of directing a new Cloud Computing Futures initiative, which is exploring new approaches to cloud services and data center design, including ways to reduce hardware costs and power consumption, and increasing data centers' adaptability and resilience to failure.

Before coming to Microsoft, Reed held a number of strategic positions, including Gutgsell Professor, Head of the Department of Computer Science and Director of the National Center for Supercomputing Applications at the University of Illinois, Chancellor's Eminent Professor at the University of North Carolina (UNC) at Chapel Hill and Founding Director of UNC's Renaissance Computing Institute. He was also the Chancellor's Senior Advisor for Strategy and Innovation at UNC.

In addition to his technical activities, Reed has also been deeply involved in U.S. policy initiatives related to science, technology and innovation. He served as a member of the U.S. President's Council of Advisors on Science and Technology (PCAST) and chair of the computational science subcommittee of the President's Information Technology Advisory Committee (PITAC).

Reed has also served as chair of the board of directors of the Computing Research Association (CRA) and chief architect for the National Science Foundation's TeraGrid project (a shared network of supercomputers, storage and scientific visualization systems).